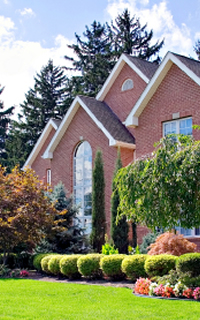 What Type of Grass Seed do You Need?

As you may already be aware, the marketplace is flooded with literally hundreds of named lawn seed varieties. While this does make the buying decision difficult, don’t assume that a “name” that is new to you is something new and wonderful !

Likewise, it cannot be assumed that varieties you have been familiar with are still the best choice. In putting our product line together we use the very latest data from the NTEP (National Turfgrass Evaluation Program).

We supply the seeds used most successfully in the Valley. From Ryegrass to Bluegrass to Fescue to open field mixes…we can blend and order to your specific requirements. More information about common grasses used are provide below.

If you would like assistance finding just the right grass to meet your needs, visit us and our staff will be happy to help you.

COMMON Kentucky Blue Grass: Some of these varieties have been around for over 50 years. They are not improved varieties and should not command a premium price. These common blue grasses do have their place however, and are widely used in sunny areas. They are very appropriate in mixtures with perennial ryegrasses, for the homeowner who is expected to maintain his lawn at average to low fertility. Low fertility–½ lb annually of nitrogen per 1000 sq. ft.

A bag of common lawn fertilizer will usually supply a ½ lb to a 1 lb of nitrogen per 1000 sq. ft. depending upon its formulation

IMPROVED Kentucky Bluegrass: This category might include any variety that has been developed over the past forty years with desired characteristics such as improved disease resistance, better color, etc. Many of these varieties are no longer rated by the NTEP and can be in the mid to low price range. Some varieties that fall into this category would be Merit, Baron, & Victa.

ELITE Kentucky Bluegrass: Most people judge bluegrasses to be ‘elite’ from their evaluations in the NTEP’s program. We offer 5 elite blue grasses in a mix called “The Best of the Blues.” Even though this mix is more expensive then regular blue grass seed mix it has some hidden values. The seed count is usually 50 to 70% higher than older large seed improved varieties. The bottom line is better performance, greater seed count, and increased coverage for your seed dollar.

Older common types, Kentucky 31, Alta, and Fawn are coarse clump grasses that are often used for pastures and roadsides. Turf Type Tall Fescues are new to the scene and have received much attention. They are considered to be low maintenance and are slow growing; thereby not requiring mowing as often. However, turf type tall fescues can only be planted by themselves. When mixed with other grasses they don’t provide an attractive lawn as they have a broader blade then normal turf type grasses. Also, turf type tall fescues must be seeded at a higher rate than perennial rye grasses and Kentucky bluegrasses.”

This family of fine leaved grasses includes creeping red, hard fescues, sheep fescues, and chewings types. As low maintenance grasses, they are commonly used in seed mixtures, but their most important function is in seed mixes for shade. Shade is the most difficult situation to establish and maintain turf. We offer a quality shade mix called Champion Shady. The diversity of varieties in Champion Shady will easily out perform those shade mixes that consist primarily of the poorer quality common red fescues. Since shade grasses are a little slower to develop and are competing with tree roots, keep well watered during the establishment period.

Mixes We Have in Stock:

This mix contains the newest and highest rated ryes on the market today.